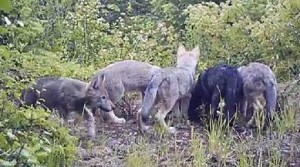 It’s a disconcerting deja vu. Two years ago we fought hard to prevent the killing of the Wedge pack for their supposed role in livestock depredations. But the Washington Department of Fish and Wildlife Department (WDFW) ignored public opinion as they spent over $76,000 in a full scale war against the Wedge pack wolves, killing seven of its members.

An OPD article dated November 14, 2012 quotes WDFW spokesperson Madonna Luers as saying, “Our director (Phil Anderson) has said that he never wants to do this again… The social acceptance is just not there.”

Mr. Anderson must have forgotten making this statement because now the Huckleberry pack is being targeted under his authorization. One member, reportedly a pup, has been shot already and three more are in the scopes.

I spoke today with Bob Ferris, Executive Director of Cascadia Wildlands about the issue. Bob has been involved in wolf recovery for over twenty years. For eight of those years he worked with Defenders of Wildlife, either vetoing or giving the OK for the release of funds for livestock compensation claims. Wolf and livestock issues are a subject Bob is very familiar with.

According to Bob, one of the primary problems is the lack of transparency within the WDFW. He compared their department with the Oregon Department of Fish and Wildlife, which (at least since the Oregon Wolf plan was revamped) is maintaining a high level of transparency in their actions with wolves. WDFW kept quiet their plan to eliminate the Huckleberry wolves until just before the weekend, when they came forth with a brief statement on their intentions, then reported that nothing more would be said until Monday. There was no time for public comment or even a Q&A.

Bob said that the WDFW might benefit from a plan more like Oregon’s, one in which they would be accountable to clear guidelines and regulations. This Cascadia Wildlands press release from February 6, 2014 explains the current Washington wolf plan and its failings. Their plan was adopted in 2011, and management was quickly switched from the Endangered Species Division to the Game Division. Not surprisingly, the Game Division instituted a lethal control program, granting themselves the authority to make decisions that so far, have proven to be far from science based.

Bob suggested that their actions with the Huckleberry pack is more punishment based than science based. As if killing four wolves will tell the rest of the pack to steer clear of sheep. While some non-lethal measure were reportedly used by rancher Dave Dashiell to prevent these depredations, more measures were offered than were implemented. There was talk of moving the sheep but this was never done. Range riders were just beginning to circulate. And depredation was not a chronic problem for this pack, they had not been associated with any livestock deaths until this month. Nonlethal measures take time and diligence, according to Bob, and they must be varied depending on the situation.

Is there anything we can do? Bob advises that no matter the outcome of the current situation, we should contact Washington Governor Jay Inslee. Our persistent voices do have an effect, especially with an elected official. The Governor’s phone number is 360-902-4111. His email is governor@gov.wa.gov.

Bob Ferris lends hope in a time of discouragement. He reminds me that the wolf recovery effort has been a long and challenging one, but one that has been overall quite successful. The first talk of relocation to Yellowstone was back in the 1940s and it took over fifty years to come to fruition. And decades ago, Bob had the foresight to project that one day, wolves will return to California. His peers doubted him, but thanks to Journey, his optimism has proven out.

So don’t give up, continue to support wolves in whatever way you can. They need our patience and persistence now more than ever. 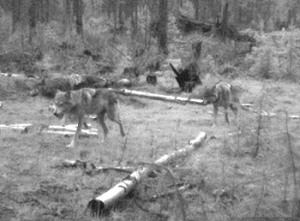 63 thoughts on “The Washington Wolf Dilemna”