Winter. What a wonderful time to stay in, nestled beneath a warm blanket in front of a crackling fire, and enjoy the world of wolves through books. Here are a few ideas, some old, some new. My own book, Journey: The Amazing Story of OR-7, the Oregon Wolf that Made History, is now available on Amazon and other venues. And the bibliography in “Journey” lists nearly thirty wolf books for your reading pleasure!

It’s not too late to order for Christmas. Hot links for each book take to you a purchasing option, without having to leave the couch!

A very wolfy book, this one for a younger audience, is A Friend for Lakota, by Jim and Jamie Dutcher. This book was released this fall and is a wonderful tool for helping children understand not only conservation but also how it feels to be the underdog. Filled with the Dutcher’s amazing wolf photos, A Friend for Lakota is recommended for ages 4 through 8.

A new favorite of mine, published in 2013, with a second printing in 2015, is Wild Wolves We Have Known. I met Richard P. Thiel, a well-known Wisconsin wolf biologist, when he came to southern Oregon to talk about wolves last month. Richard, along with Allison C. Thiel and Marianne Strozewski, collected essays from several wolf biologists, including Doug Smith, Diane Boyd, and Lu Carbyn, and compiled them to create this book. The stories are about the favorite wolves of the writers, and many unforgettable tales are shared. The International Wolf Center (link above) has a better price than Amazon. 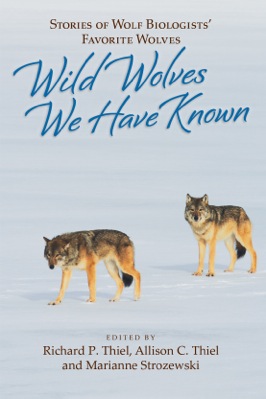 Have you read Carter Niemeyer’s books yet? Wolfer was written in 2012, and begins the story of Niemeyer’s decades of work with wolves, including the Yellowstone and central Idaho reintroductions. Wolf Land was released in March of this year, and is a great sequel to the first memoir. Both books are full of wolf lore, written through Carter’s unique perspective as a man who has traveled in the front line of the wolf wars and has emerged to be one of the species most popular supporters.

Rick Lamplugh’s book, In the Temple of Wolves, released in 2013, is a series of essays on wolves and other wildlife in the Lamar Valley of Yellowstone. Readers learn of the Park’s history of eradicating predators and how things shifted after wolves were reintroduced in 1995 and 1996. We learn about the individual wolves and packs in Yellowstone, as well as the people involved in their lives. A wonderful read, one I’d highly suggest.

Journey: The Amazing Story of OR-7, the Oregon Wolf that Made History, is finding its way beneath many Christmas trees this year. I’ve had the honor of signing books, in person or through PayPal orders, for folks who are gifting Journey to relatives and friends, or keeping for themselves. During a book reading this week at Ashland, Oregon’s Northwest Nature Shop, I met many people who like me, are fascinated with the tale of this tenacious wolf. Talking about wolves and sharing my book with them was a memorable experience. More readings are being planned and I’ll post them as they are confirmed. The book is available on Amazon, Barnes and Noble, Powell’s, Inkwater Press, or if you’d like a signed copy, through me. Reviews to any of the online sites are much appreciated. Several book stores and wolf sanctuaries are now stocking Journey. If you know of a venue that might want to carry it, please let them or me know. Hardcover and Kindle versions coming soon, as well as a Teacher’s Guide. Thank you so much for your support of this project! 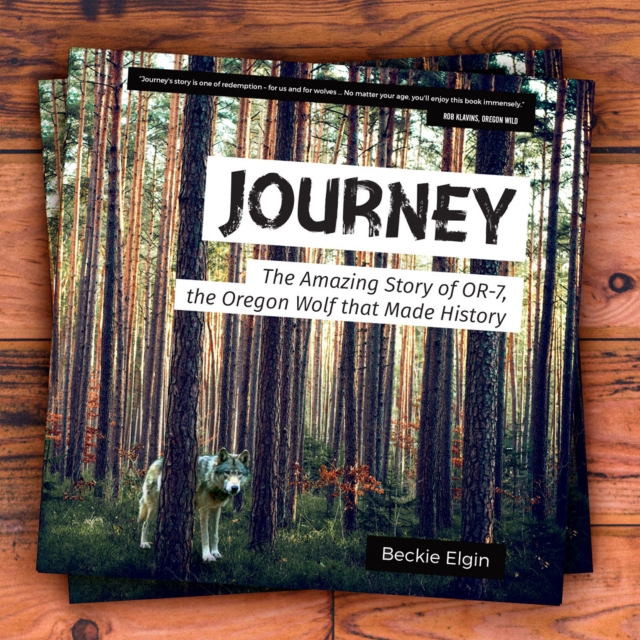 One thought on “Wolves in Print”